Apps Are The Main Vector Of Mobile Threats

Apps became the main vector of mobile threats. They are today the biggest challenge of mobile security.

THE MOST ACCURATE DETECTION TECHNOLOGY

CORRELATION is Pradeo’s unique and patented technology detecting precisely all behaviors and vulnerabilities. CORRELATION method reflects Pradeo’s capability to precisely reveal actions performed on data where risk-based solutions estimate the likelihood for an action to be performed on a data.

Sometimes, applications have side and hidden behaviors (localization, data sendings over the network, overtaxed SMS, …) that are not required to serve their purpose.
Pradeo’s research team took an additional step forward in mastering Apps behaviors by developing an automatic remediation. It only takes one click to remove unexpected behaviors from an App and let users benefit from it. 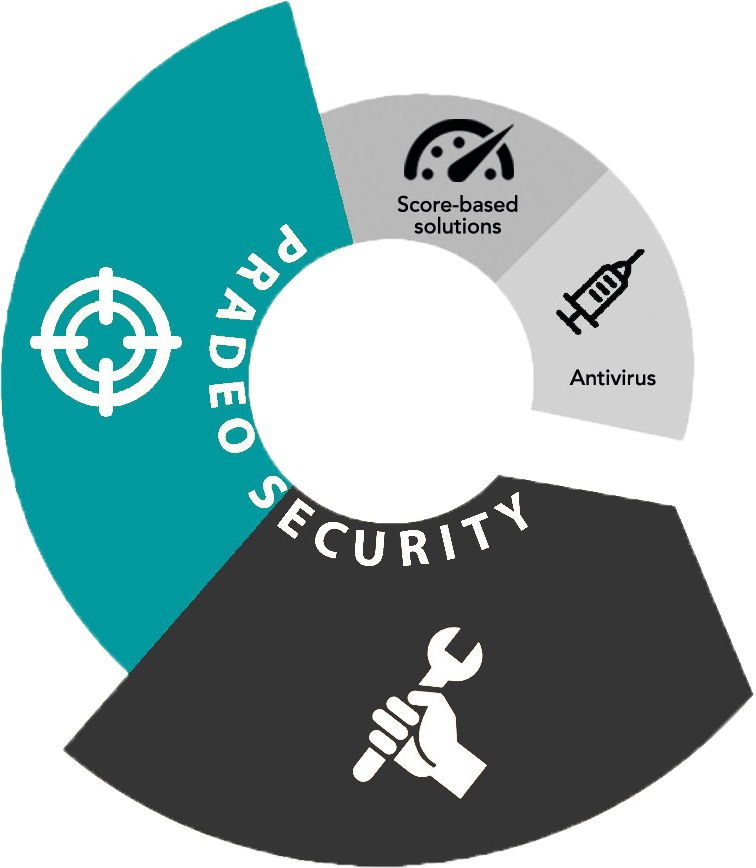 REMEDIATION Undo unexpected behaviors according to the security policy.

APP A - Sends contacts over the network
- Accesses to location data

APP B - Accesses to contacts
- Sends location over the network